FUNDSOCIETY- Venezuelan debt: Profitability in exchange for damaging the reputation? 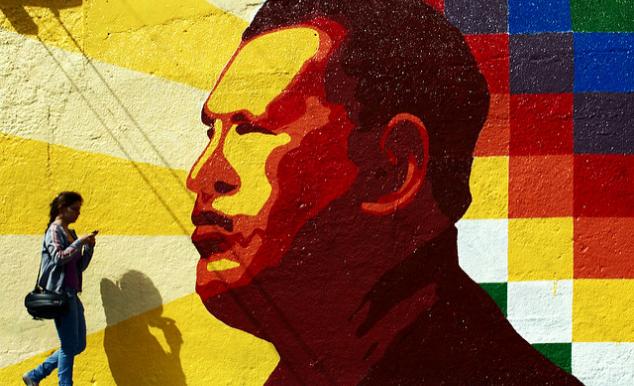 Last October, Goldman Sachs bought Venezuelan debt and the storm was unleashed. The reputational storm. The debate on whether a high profitability is sufficient to justify the purchase of an asset, even if this implies a negative change in the perception of the firm and an ethical dilemma.

The entrance of the American investment bank promised remarkable returns for its clients, but in the world the idea was extended that the operation only gave wings to the government of Nicolás Maduro and bought him some more time. Partly because the debt issues in the country are destined to lengthen maturities, even if it is based on committing more resources.

With a high yield, Venezuela has two types of bonds, the sovereigns and those of the state oil company PDVSA. The annual yield in dollars exceeds 30%.

After the Goldman Sachs operation, this type of very short-term debt began to be known as ‘hunger bonuses’. The Venezuelan debt offers a high profitability but is paid, many say, at the expense of limiting investments in a country of broken infrastructure and lack of food.

To these accusations were added other more aggressive ones that point to the Bolivarian revolution standing up thanks to the capital that comes from Wall Street. A market, in need of cash, whose liquidity is borne by investors from the United States. “Why buy something from a government that kills people?” Was the comment of a US road-show manager in Latin America asked about Venezuela’s debt. And of course, there was silence in the room.

In recent dates it has been Credit Suisse Group that has prohibited its operators from buying or selling certain Venezuelan securities and has even restricted business with Venezuelan counterparts, be they individuals or companies.

Banco Santander, another giant in Latin America, sold its Venezuelan subsidiary in 2009 and has not had operations in the country for years.

For his part, Víctor Hugo Rodríguez, CEO of LatAm Alternatives Group and managing partner of VEN-Alternatives, believes that Goldman Sachs decided to enter Venezuela because analysts at the bank estimate that in the medium term, regime change in the country is imminent. The CEO agrees with this and believes that it is very likely that from 3 to 12 months we will witness a transition that leads to huge investment opportunities.

“In Venezuela, we are witnessing a violation of human rights and an economic collapse as a result of the political crisis and the macroeconomic policies that have been implemented, with a model that did not bear the fruits that it pursued,” he recalls. “The country will change government, and may be more capitalist, but there will always be a strong social component,” he estimates.

Its private equity fund in Venezuela –VEN-Alternatives– has already analyzed different projects in the sectors of infrastructure, education, health, energy and technology, and is prepared for the disbursement phase as conditions change. Another segment with great appeal is, for Víctor Hugo Rodríguez, real estate. “VEN-Alternatives is not going to be the only private equity fund that participates in the reconstruction of the country, there is a lot of interest among long-term investors.”

“I think there are many entities that are taking measures to protect themselves from diversion of funds or money laundering that could be seen later in a client or in a commercial relationship.” Banks, to prevent any scandal, have decided to move away. as another catalyst that changes are coming in Venezuela, “he adds.

Quest Andbank product manager Renzo Nuzzachi believes that an eventual Venezuelan default will have no repercussions in Latin America since the country “is an isolated case, clearly separated” from the rest of the region.

Nuzzachi recognizes that these bonds have been very profitable for their clients since, historically, Venezuela has never stopped paying.

“We currently recommend leaving, and for those who still want to maintain their position, we recommend investing in longer stretches with lower profitability, but greater security,” explains the product manager of Quest Andbank.

Anyway, the atmosphere is calm because for several years it has been announcing a ‘default’ of Venezuela that finally never arrives, analysts say.