UNIVISION – This is how Trump’s sanctions affect the Maduro government (and all Venezuelans). 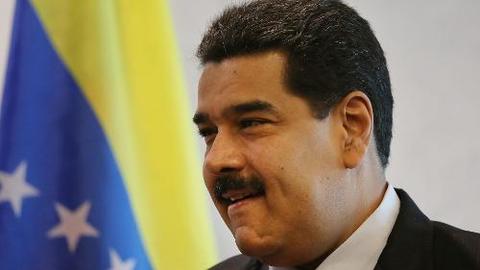 CARACAS, Venezuela.- It is the second time in 115 years: Venezuela is seen, according to its government, under a “blockade”. Only now there are no foreign power boats obstructing the Venezuelan ports to collect the foreign debt as in 1902, but sanctions of the White House that hinder almost any important financial maneuver for Nicolás Maduro and the state oil company PDVSA.

It was during the regime of Cipriano Castro in 1902 when Germany and England blocked Venezuelan ports to demand the immediate payment of their debts. Paradoxically the thing did not happen to greater thanks to the intervention of the White House. President Theodore Roosevelt enforcing the old Monroe doctrine that advocated that of “America for the Americans,” interceded for Venezuela and achieved the retirement of warships.

But in 2017, the long-standing commercial and financial relationship between Venezuela and the United States enters an unstable terrain following the sanctions imposed by the Donald Trump administration on the Maduro government and state oil company PDVSA. This is the first time that the White House has punished the Venezuelan State and not individuals, as it had done up to now.

This is how it affects the Maduro government

The sanctions seek to limit the government’s search for funds through financing with Venezuelan bond issues in international markets. They also prevent Citgo, the fuel refining and distribution company owned by Venezuela and located in Houston, Texas, from sending PDVSA the dividend payment. Although this company is not directly sanctioned, it is unable to transfer resources to the country.

Both Hugo Chávez and Maduro used Citgo as their “cash cow” or personal “small box”, especially in times of elections. They took the dividends and did not reinvest them in the oil industry, they just borrowed it. Recorded were the words of Jorge Giordani, former Finance Minister of Chávez, when he said that to overcome the challenge of the 2012 electoral contests, “access and use of resources was taken to extreme levels”.

Oil analyst José Toro Hardy maintains that the sanctions will have a negative impact on PDVSA and will aggravate its cash flow. He explains that Citgo has become heavily indebted in the US but not to invest those resources in the oil industry, but to transfer it through dividends to its parent company PDVSA, which in turn was delivered directly to the government.

“The most worrying was the indebtedness towards Citgo. PDVSA has a strong deficit and borrows even from the Central Bank of Venezuela. They are the operations of this type with Citgo that the United States wants to avoid, “he said.

This “petty cash” is now in serious trouble for Maduro, especially just when the elections of governors appear in the panorama.

In the hands of Chavez, a PDVSA with the largest oil reserves on the planet was highly indebted and in recent years has not been able to go to the international market to request financing without offering a real guarantee, due to the high probability of default or debt default and after the fall in oil prices, its production and international reserves.

This happened already with Citgo when it was forced to offer 50% of its shares to the bondholders to accept to participate in a difficult debt swap in 2016.

And so to Venezuelans: More scarcity

After the US measures, it also foresees a decline in the importation of essential goods such as food and medicine because there is less foreign exchange. For analysts, this situation will negatively impact an economy that has been in recession for four years, shortage and highly dependent on oil.

Calculations by international organizations and local economists show a fall in Venezuelan economic activity of between 8% and 12% for 2017, while queues in commercial establishments persist with the arrival of basic necessities with regulated prices and the “bachaqueros” “Or resellers are already beginning to complain that there are fewer and fewer products to sell.

“It cost me to get the food. I think that this sanctions is affecting us now, fewer products are coming to the country, “says Brayan González, 38, who has been” bachaqueo “for three years.

The horizon looks difficult especially when at the end of the year Venezuela must pay $ 3,604 million in debt. Analysts reiterate that if the government fails to obtain the resources to do so, it could fall into default. Otherwise, it will paralyze payments to its international suppliers and limit imports to comply with the bondholders, so for Maduro it will be more difficult to improve the supply of goods.

The economist Tamara Herrera of the firm Síntesis Financiera, considers that if the government does not have liquid money to pay for its operations with resources from oil exports, it will probably have to further reduce imports, which have fallen by 40% in the first semester of 2017.

“As in recent years, any decrease in income has compensated with lower imports, the most likely to deepen, which will accentuate the national economic recession. The question is, how much more can imports be reduced even though they are not affected by sanctions? ”

Herrera emphasizes that the population, in this case, will have to continue to deal with a lower supply of goods, especially food and medicines.

“Now it’s true that we’re going to die of hunger,” says Hermes Altamar, 62, when asked about sanctions while queuing to buy bread.

The critical situation of Venezuela is no longer confined to the difficulties of accessing food, but the characteristics of a humanitarian crisis are beginning to be evident. In recent weeks, children with clear nutritional deficiencies have died and the return of serious diseases that had been eradicated in the country such as diphtheria.

Now Venezuela must strengthen its relations with other allies to seek financing, especially with China and Russia, governments that have a high presence in the country through companies that operate oil and mining fields.

Maduro affirms that he already has a market to place Venezuelan oil, in case the US suspends the purchase of crude oil. “We have to sell that oil,” he said in response to the sanctions. Although he did not say where, everything suggests that he seeks to increase the sale of crude oil to China and to Russia, the allies of Chavez.

For Toro Hardy, these governments could be evaluating if they extend that collaboration with Maduro. “China faces a very serious problem and is that after growing at important rates it is slowing down, so it is not in a position to support the country. What is pending is to collect the debts with Venezuela of $ 30,000 million.

While Putin’s Russia has economic problems, since, like Venezuela, it depends to a large extent on oil and its incomes have fallen because of lower prices.

” The current holders of Venezuelan bonds are not affected by the sanctions, so they can be sold without restrictions. However, doubts arise about how the papers will behave in the coming weeks, if there will be distortions in the prices and if they will have difficulties when it comes to trading them.

Operators say that the market gives everything and very possibly the bonds can be acquired by investment funds specialized in debt with problems or by the so-called “vulture funds”, at a significant discount in their price.

“This has generated some nervousness in the market, based on the impossibility of recovering capital,” said Víctor Hugo Rodríguez, president of LatAm Alternatives, a financial services company in the US and former broker of the Caracas Stock Exchange.

Rodriguez qualifies as a measure of pressure to prevent Venezuela from accessing the specialized debt restructuring market like the North American one. However, he believes that this generates an imminent default environment.

“Now we have moved on to a stage of risk measurement and how short-term paper can behave. There are investors of different types, such as those who take risks and bet that the paper recovers and, the institutional investor that should be guided by the good habits of investment and has to leave the paper, “he explains.

But Maduro does have a greater complication: the sanctions prohibit negotiating only two titles, one of which is in the hands of a local state bank. The measure affects bonds due in 2036 that were executed by two state banks in 2016 in a private issue for $ 5,000 million. Other investment instruments such as structured notes that the Republic has are also affected.

Operators explain that the government had not been able to place 2036 bonds despite multiple attempts to do so, so this is practically ruled out, except for some European, Russian or Asian buyer who wants it and with unfavorable prices for Venezuela. As for new issues, it was already practically impossible to issue new papers due to the high interest rate that the market demands.

The measure then prevents companies and agencies of the Venezuelan State from negotiating their own inventory of debt bonds of the Republic and PDVSA. Some data indicate that 23% of the balance of these papers is in the hands of Venezuelan public entities.